T V Narendran to take over as Tata Steel MD

Read what is going on the industries which can effect your sales..
Post Reply
1 post • Page 1 of 1
Message
Author

T V Narendran to take over as Tata Steel MD 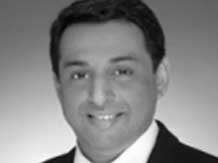 T V Narendran has emerged out as a surprise choice for TATA Steel's Managing Director..After Mr.H M Nerurkar retires on October 31. Narendran, currently, vice-president (safety and flat products), will take over as MD, India and Southeast Asia, on November 1.

At 48, Narendran will be the youngest MD Tata Steel has ever had. Narendran, Seven years ago, a 35-year-old principal executive officer to the managing director of an iconic company, said: “I have learned, by proxy, how a company is run.” At that time he might not have even think of it that in less than a decade he will eventually end up running the company for real.

Narendran joined the company in 1988 after completing his MBA from IIM-Calcutta and worked in various capacities in Dubai for a few years in the exports division; steered NatSteel (Tata Steel’s first foreign acquisition in 2004) as managing director; and then came back to work in Kolkata as head (marketing and sales) of the money-spinner flat products.

Though economy was going through a rough phase and almost every industry was facing a challenging phase..at that time also the company posted a profit in the past quarter.Even it was a see-saw ride with steel prices but it managed to show up some good figures in the Balance Sheet.And now, the company is also expanding capacity in India. It is setting up a new project at Kalinganagar in Odisha.
Top
Post Reply
1 post • Page 1 of 1

Users browsing this forum: No registered users and 3 guests